today hudson surprised me & ate this... 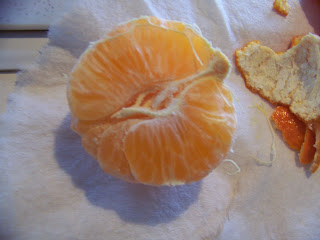 followed by some of these... 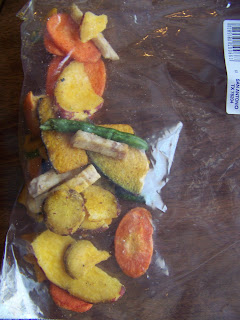 i think i've mentioned on this blog that my sweet son has an extremely picky palate. we think it's mostly due to the fabulous amount of stomach bugs he has exprienced in his short lifetime. every time he has a throw up session, he regresses in the variety of food he's willing to eat.

it's maddening, to be honest! he's suuuuuuper picky, picky about solid foods, as in it took him forever to even be okay with things like raisins, for pete's sake!!

basically the only solid foods he will eat on a regular basis are pretzels, wheat chex, elmo crackers & cereal bars (& i'm sure the fuzzy red monster is the only reason he actually likes them!), raisins, french fries, cheese sticks, & occasionally turkey. there are other things he'll eat only when he's in the mood. lately, he has gotten better about chickfila chicken nuggets, which is handy. and he'll usually take a banana, but that's the ONLY whole fruit that's acceptable to mr. picky.

so you can imagine my surprise when he ate a whole clementine piece & asked for more! hurrrayyyyyy! and then @ the grocery store, i let him try some veggie chips & he actually ate them! yaaaaaaaaay - it's a victory for all moms of picky eaters around the world :) hang in there, we shall overcome!!!
Posted by kelly at 12:14 PM

so glad for the victory but I want to help you feel better about your battles. my nephew, 2 years old STILL will only eat banana baby food and chocolate pudding. that is it. nothing else-nada. they now live in japan where it is twice as expensive and he won't eat it if they blend it themselves. they have tried EVERYTHING and have come to the conclusion along with medical backing that is has a very sensitive gag reflex which is causing this. anyways, still validating huddy's challenges though and celebrating his accomplishments!

You are going to laugh at this comment but did you get those veggie chips @ heb? I can never find any there that aren't airy like ruffles. The look yummy!